Today began with a light drizzle.  We headed down to breakfast, still without a clear idea of how we would spend the day, but after talking to some of the helpful and friendly students at the desk, we decided to explore some of the historical sites around the city.

As we walked downtown, we passed the Basilica Cathedral of St. John the Baptist, and saw that the doors were open.  We stepped inside the beautiful Romanesque Cathedral with its stained glass windows and intricately inlaid and painted ceiling.  It was a quiet and peaceful space, and being inside felt reminiscent of being in the churches along the Via Podiensis in France.  We were surprised by the abundance of Portuguese artifacts and connections that were evident in the church. 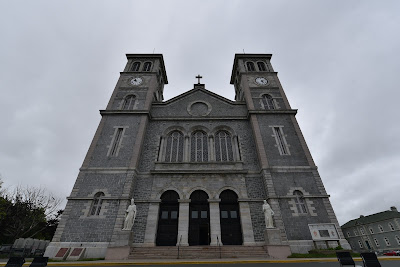 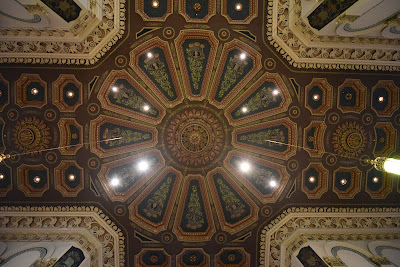 After visiting the church we continued downtown, pausing for a cup of excellent coffee and a dark chocolate and cherry scone at the fixed coffee and baking cafe. 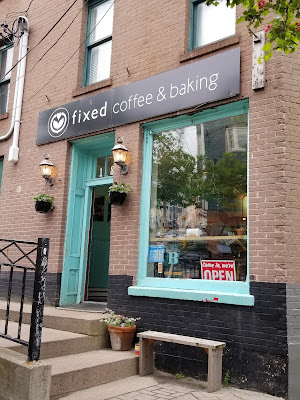 We then continued on up to the Signal Hill National Historic Site to watch the Signal Hill Tattoo.  We rushed up to the top of Signal Hill for the 11 am performance along with lots of other people, many of whom were German visitors off the AidaVita cruise ship that was in the harbour. After hurrying to the top of the hill we discovered that the demonstration was being held at the lower parade grounds, halfway down.  We headed back down, purchased our tickets, and enjoyed the multi-era presentation.  This re-enactment payed tribute to the Newfoundland's military past through a showcase of historical music, manoeuvres and pageantry. Specifically, the demonstration was dedicated to Newfoundland’s military contribution leading up to the First World War. 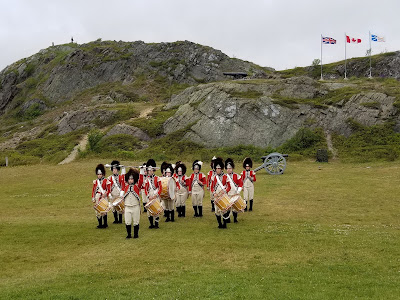 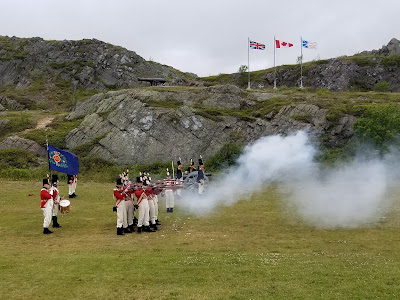 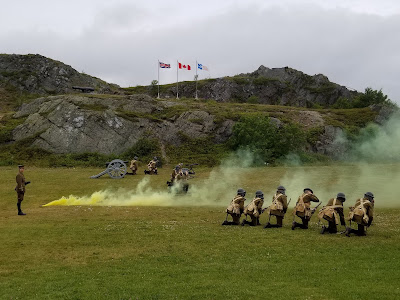 By the time the outdoor performance had concluded it was raining pretty hard.  We headed over to the nearby Johnson Geo Center, which features fascinating exhibits describing the unique geology of Newfoundland.  Reading about all the unique rock formations, and learning that the rock we had been hiking along for the past couple weeks is some of the oldest exposed rock on the planet made us wish we had visited this place before our hike so we could have better appreciated what we were seeing.  The center also provided interesting displays on Newfoundland's contributions to space exploration and NASA, the history of the Titanic and the events that led to its sinking, and the modern oil and gas industry.  It was a very interesting place to visit, and we thoroughly enjoyed it. 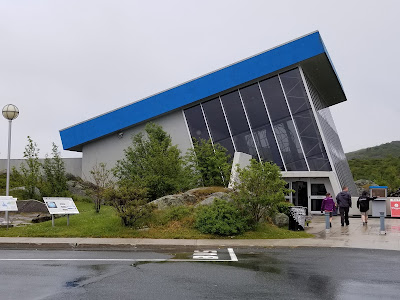 After visiting the displays we stopped in the cafe for a cookie and waited until the rain had abated a little.  We then headed back downtown.  Here we stumbled upon the St. John's Pride Parade.  It was wonderful to see the high level of support for the LGBTQ community, and the inclusivity of Canada expressed so clearly and with so much enthusiasm here.


After stopping to watch the festivities, we continued on to visit the Newman Wine Vaults, another National Historic Site.  At the site it was possible to take a very short tour through the cellars, have a taste of port, and read about the history of the Newman Company and its ties to Porto, Portugal.  It seems that Newman did not actually produce wine, but rather a superior port.  It was actually discovered by accident, when a ship carrying wine was blown off course, landed in Newfoundland, and overwintered there.  Apparently the wave action, coupled with the temperature and conditions of the Newman wine vaults produced a superior, and highly desirable product.  It is still produced today. 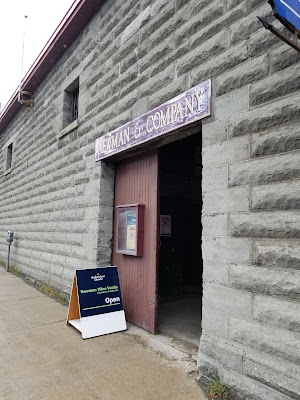 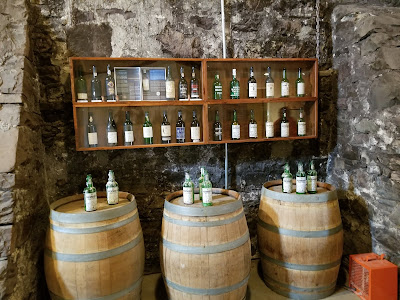 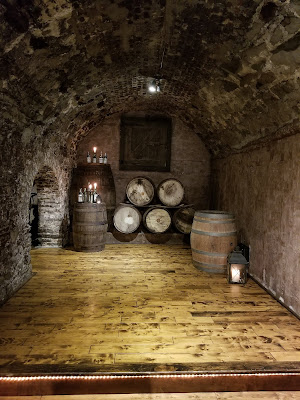 After visiting the wine vaults we headed back out into the rain and made our way to the Railway Coastal Museum.  The displays in the museum presented a fascinating history of the now defunct Newfoundland railway and ferry services, which once tied communities together.  We learned about the railway's construction, management by the Reid family, who at one time controlled the shipping, rail, and mail systems on the island, and its importance during WWII.  Eventually the railway was taken over by CN rail in the 20th century, and then it was slowly transformed into the Eastern terminus of the Trans Canada Trail. 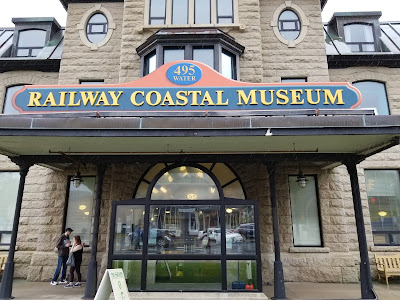 After visiting the museum we stepped outside to find the Mile Zero marker for the Trans Canada Trail, which is located just in front of the Railway Coastal Museum.  At first the placement of this marker didn't make sense to us, as we half expected it to be on the coast of the Atlantic.  After visiting the museum we were reminded of the trails strong ties to the railway, its location made more sense.  In anticipation of our hike next year, we located the first Great Trail Pavilion, and took a look at the beginning of the trail that with luck will mark the start of grand adventure for us next year. 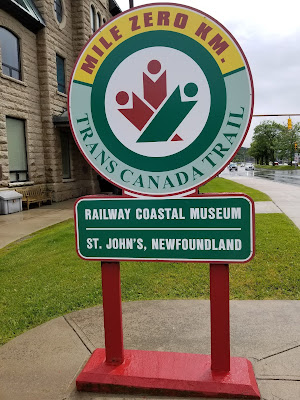 After a full day exploring St. John's history, we headed back to MUN to figure out how to spend tomorrow ...