We woke early, having spent a restful night in this beautiful inn. Although it was quiet and comfortable we found it strange to be inside after so many nights outside. It was lovely to be dry and warm, but at the same time being inside felt kind of stuffy and enclosed. Nevertheless, we got up, had another wonderful warm shower, and packed up our now dry gear. We then waited a bit until 9 am, when we were served a delicious breakfast of eggs, ham, toast and locally made partridgeberry jam. The hostess was a delightful individual who kept us company throughout our morning meal, regaling us with tales of the nearby trails.

When breakfast was finished we didn't have enough time left to walk back to Bay Bulls for our 11 am puffin watching tour, so we called Southern Shore Taxi, who got us there with plenty of time to spare. Once at O'Brien's we spent a few moments looking at the remains of a giant squid and trying to learn the features of the whales and birds that we might see on the tour from the posters hanging around the dock. As we waited, we were greatly surprised to see two co-workers from Bird Studies Canada, who were taking the tour with Jared, the owner and operator of Bird the Rock.

At 11 we boarded the boat which was to take us out to the Witless Bay Ecological Reserve and IBA, full of excitement at the prospect of seeing several new seabirds to add to our life lists. 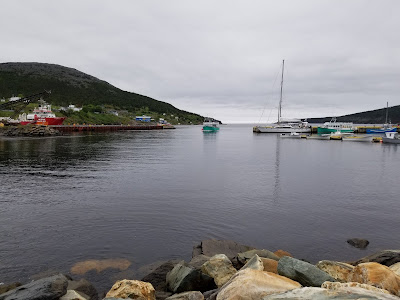 As the boat left the harbour, with loud speakers playing traditional songs, we got a view of the coastline we had just walked along over the past few days. Traversing it by boat seemed so effortless, and the geological formations were actually very beautiful from the water. 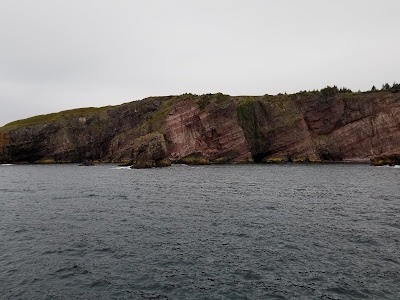 As we chugged along the crew gave very detailed and informative descriptions of the geology of the area, and the bird species we might (and did!) see, including Atlantic Puffins, Common Murre, Razorbill Auks, Black-legged Kittiwake, Black or Common Guillemots, Northern Fulmars, Herring Gulls, Thick-billed Murres, Great Black-backed Gulls, Northern Gannets, and Bald Eagles. 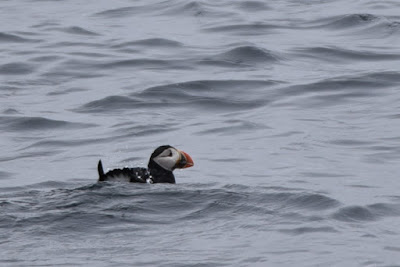 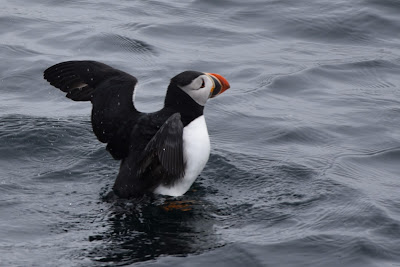 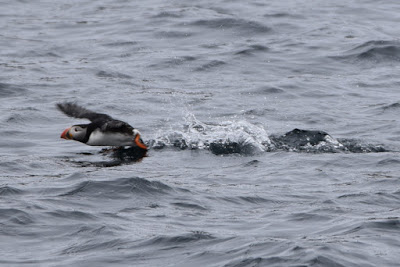 As the boat made its way toward Gull Island, a Minke whale was spotted nearby. We spent a few minutes circling the whale, and were lucky enough to see it surface just off the side of the boat several times. This was very exciting, although the increasing number of puffins in the water around us were equally fascinating. 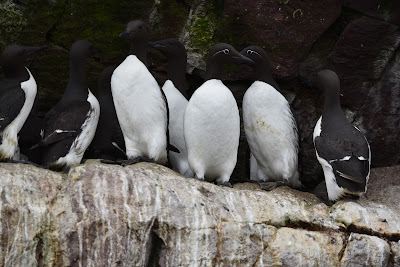 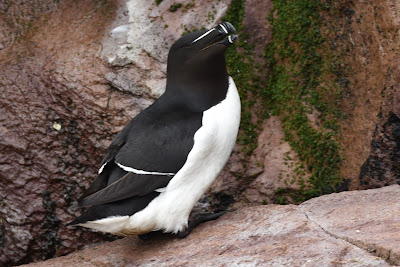 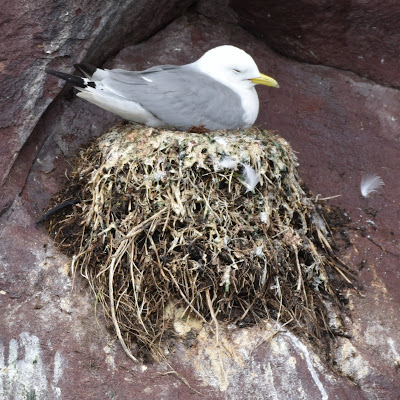 As we approached the island we could see a swarm of birds above it – literally thousands of birds in the air! Even if birds are not your thing, seeing that many puffins in one place is still a sight to behold, and well worth taking the time to experience. 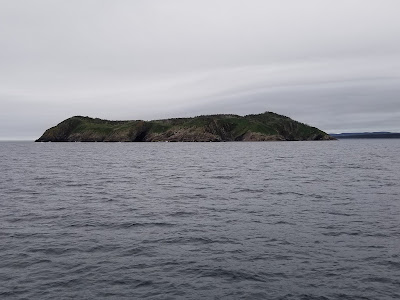 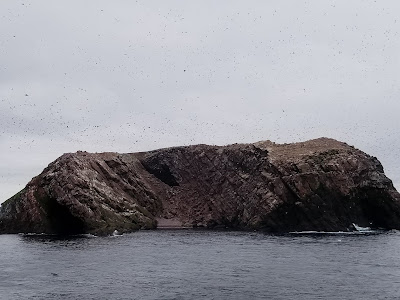 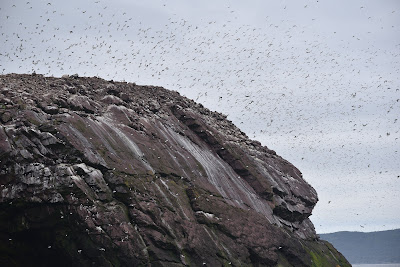 As the boat reached the reserve it pulled up to within a few meters of the rocky shores of the island, giving everyone a close-up view of the puffins, in the entrances to their dens, on ledges, and in the air. There were also thousands of Common Murre on the ledges and over the island, and two pairs of nesting Northern Fulmar. 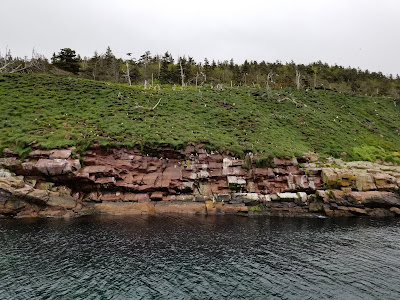 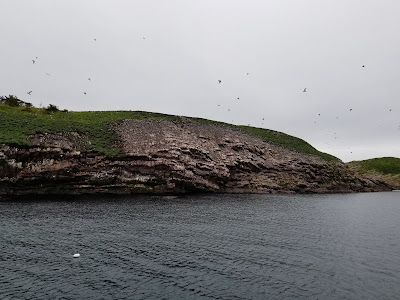 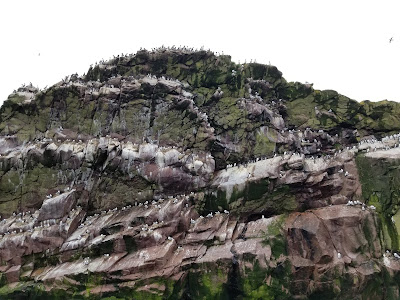 Although the air was thick with birds, incredibly we were not coated in bird droppings, and there was only a very faint smell near the island. As we circled the island we also saw a research station and a bird blind used by ornithology researchers from MUN. Seeing so many birds at once was a little overwhelming, and truly amazing! It is definitely one of my very favourite birding experiences to date!!

After the amazing boat tour we enjoyed a piece of partridgeberry cake and a coffee at the O'Brien's restaurant. 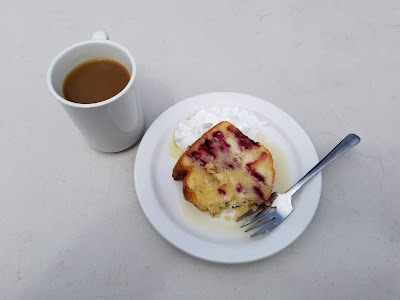 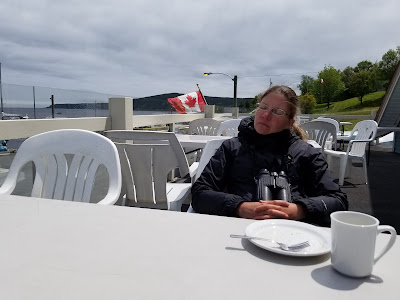 Next we wandered through town, mailed a couple post cards at the Post Office, and then visited the Foodland for some supplies. By mid-afternoon we had returned to Witless Bay, walked to the laundromat down the road from the Bears Cove Inn, done our laundry, and returned to our room to relax. That evening we didn't feel like walking anywhere to find food, so we ordered a pizza to the inn.

It has been a wonderful and memorable day. Tomorrow we hope to hike to La Manche Provincial Park, which means that we should pass through a number of small villages along the way, both start and complete several smaller trails, and cross over the renowned suspension bridge in La Manche!